Spokesperson of PT Agincourt Resources, Katarina Hardono stated that the program is the manifestation of the commitment of the Martabe Gold Mine for the farmers in Batangtoru aimed to raise up the sustained income and the prosperity of the local farmer.

During the program, five farmers community based co-operative also known as Koperasi, from five direct affected village of Martabe Gold Mine were officially established followed by the signing of a Memorandum of Understanding among all the Koperasi’s farmers.

These five Koperasi are set to be the pilot project in spreading the sustained agricultural business chain at Batangtoru. The program is called SUPRA (Sentra Usaha Tani dan Penguatan Rantai Agribisnis / The Farmers Business Centre and the Strengthening of Agribusiness Chain) and has a vision to guarantee the sustainability of the farmers’ income.

“SUPRA is one of PT Agincourt Resources CSR flagship program which is expected to be able to give the multiplier effect for the local people of Batangtoru,” Katarina said.

Meanwhile, during the program, all five Koperasi conducted a parade and performed a talent show as part of their existence in the community. Numbers of local government officers also attended the program, and joined the farmer’s gathering and talk show in order to motivate the farmers. At the end of the program the committee announced the winner of the parade participants.

Suhadi (50), the representative from the five Koperasi, stated that the SUPRA Program is the biggest program ever addressed to the farmers in Batangtoru in the last several decades. Suhadi hopes that by the signing of the MoU, the five Koperasi can create the synergy that can increase the prosperity of the farmers.

“Definitely, this early step can change the paradigm of the farmers thinking to possibly be a corn entrepreneur, or organic fertilizer entrepreneur, etcetera to add to their income as a farmer,” he said.

The attention of PT Agincourt Resources upon the farmers in Batangtoru is not only through this program. Earlier, the Community Development Department of Martabe Gold Mine successfully advocated Farming Group of Mulia Bakti of Sumuran Village, Batangtoru Subdistrict for selling dent corn as much as 40 tons to PT Charoen Pokphand, one of the biggest livestock feed factories in Medan. The maiden delivery was sent at the end of 2016.

The dent corn marketed to Medan was the result of the first harvest on the 15 hectares of farming land at Lubuk Tano, Aek Sirara, Sumuran Village, Batangtoru subdistrict, managed by 33 members of the Farming Group.

Additional supports provided by Martabe Gold Mine includes agriculture production utilities package, seeds, compost fertilizer, land preparation, capacity development, handling after harvest and the marketing distribution line improvement. The prime sales of the dent corn directly to the livestock feed factory was a breakthrough in supporting the farmers for increasing their income and their spirit to raise up its corn production.

Prior to that, Aek Pahu Farming Group supported by Martabe Gold Mine had its first planting of organic paddy at 3 hectares of farming land area at Napa Village. The varieties of organic paddy planted were Cianjur, SAW, Merah Saodah, Merah Putih and Jasmin which are scheduled to be harvested by July 2017 with the target of eight ton per hectare.

In addition, PT Agincourt Resources supported the cultivation and gave added value for the organic farmer through the method of mina rice or fishery on the farming lands, the utilization of the rest land by horticulture planting and the application of environmental friendly technology such as solar cell, mini hydro power plant, and water pumping hydrants.

These community development programs are in line with the program of South Tapanuli Agriculture Office, namely intensification and extensification in order to increase the index of planting (IP). The fish stocked with the rice planting of organic paddy included Jurung fish, gold fish, tilapia fish and eel. The fish is stocked as additional nutrition for land and paddy planting as well as supportive nutrition for all of the members of Aek Pahu farming group. The Aek Pahu farming land is currently becoming an educative and re-creative organic farming eco park. 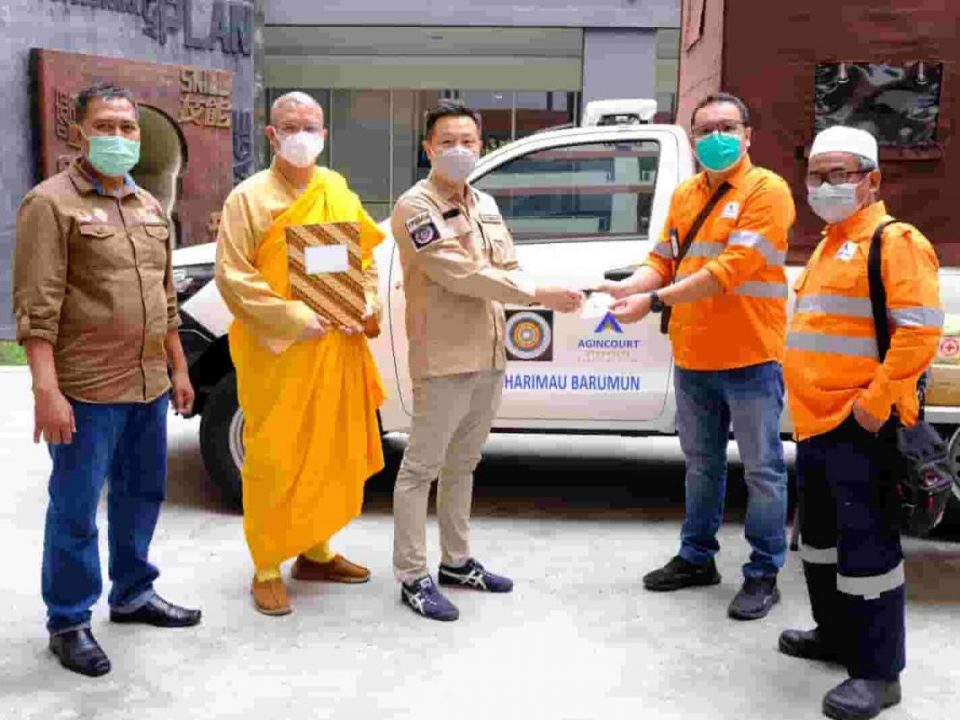