Medan, 9 Maret 2018 – PT Agincourt Resources, again shared knowledge of world-class mining practices applied at the Martabe Gold Mine to students in the 2019 North Sumatra Fair Week (PRSU) E-Coaching Jam event. More than 400 targeted students participated in this year’s ECJ event. PT Agincourt Resources Senior Manager of Corporate Communications Katarina Siburian Hardono said that the Martabe Gold Mine’s ECJ event is a communication forum both online and face-to-face, allowing students from various major related to the world of mining from a number of universities in North Sumatra to receive guidance from practitioners of the Martabe Gold Mine. This guidance is intended to complement their academic education so that students will be well-prepared to enter the mining industry.

“The emphasis of the ECJ at PRSU 2019 is the knowledge of the main aspects that make the world-class Martabe Gold Mine and its commitment in implementing the sustainable mining practices. For more than 6 years of full operation, we are very committed to environmental, operational, safety and health management, as well as human resources, especially the implementation of gender diversity initiatives. By that way we can continue to strive in improving the significant social and financial contributions, especially in the South Tapanuli region, as well as the provinces of North Sumatra and of course the country and the Indonesian people, ” Katarina explained.

Furthermore Katarina explained, there were four ECJ sessions on March 9, 2019, namely; Sustainable Environmental Management at the Martabe Gold Mine, as well as Human Resources and Diversity. Not only that, on April 6, 2019, with the theme Mining with Drilling and Blasting Practices at the Martabe Gold Mine and the empowerment of K3 Cultured Communities (Occupational Health and Safety)

“ECJ is a program that we have carried out since 2014. Since it was first launched, a total of 17 speaker have been involved and nearly 1,800 students throughout Indonesia have benefited from ECJ, not only in North Sumatra. We hope that ECJ can assist the students who will be involved in the world mining industry.” For students who wish to join the ECJ, the Martabe Gold Mine provides free PRSU entrance tickets for the first 40 registrants per session. Registration can be done via Whatsapp to number 08118436835 or 081113903465 by mentioning the name, campus and ECJ material.

Meanwhile, for public community who want to take part in the competition, they can come and take pictures at the Martabe Gold Mine booth. Participants can upload the photo on their Instagram account (unprivileged account), each by including the # mine tagsmartmartabePRSU2019 # 6, the end of the gold standard sharing #agincourtresourcesmartabegoldmine. The photos should not contain SARA, and participants must include their names and signatures in the guest book. The winner’s announcement will be held on Saturday, April 6, 2019.

The Martabe Gold Mine will also feature community empowerment activities around the mine that have been running very well so far, operational results and environmental management programs such as rock samples, bullion, mining maquette, and herbarium plants. Not only that, there are also several products built by the community.

“The Martabe Gold Mine every year participates in PRSU. We are committed to always providing complete information about responsible mining management as well as various tangible forms of company contributions especially to the community around the mine, South Tapanuli and North Sumatra as a whole,” Katarina concluded.

Martabe Gold Mine at a Glance 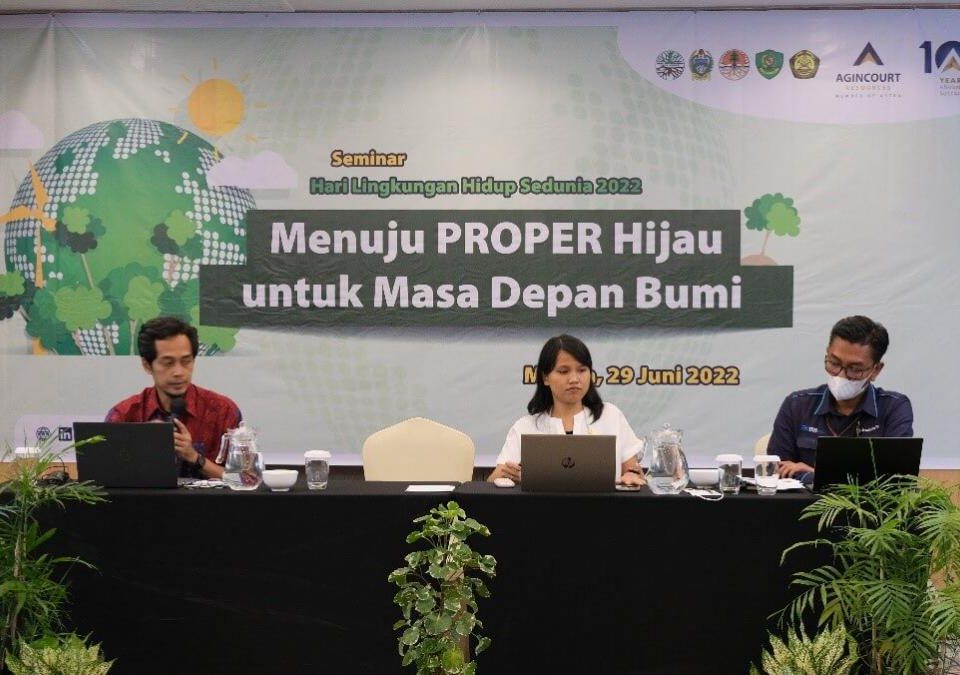