Vice President Director & Chief Executive Officer of PT Agincourt Resources Tim Duffy explained that the Gold Rating was an improvement from the rating two years earlier which gained a Commendation for First Year Report in 2016 and another Commendation for Best Disclosure on Water Management Systems in 2017.

“The Sustainability Report 2017 is the fourth report we published. The main objective of this report is to serve as a communication facility for all stakeholders consistently and openly about the sustainability development by Martabe Gold Mine. A systematic and accurate reporting about the efforts and results of sustainable and accountable management is intended to improve the positive effects of our operation and to prevent or reduce negative impacts. We believe that we do not only give physical assets to our stakeholders and community, but also to the environment which will be beneficial in the long run,” Tim Duffy explained.

In the Sustainability Report 2017, it described that Martabe Gold Mine keeps making significant progress for sustainable construction and development. Achievements in several sectors have been reached such as for safety, environment protection, community development, and economy impact.

Related to safety aspect, Martabe Gold Mine recorded a Lost Time Injury Frequency Rate (LTIFR) of 0.15, and met the mining industry standard. And during the last year, the company kept trying to reduce safety risks by arranging a Frontline Safety Leadership Program that involved 107 supervisors and independent safety auditors. This step was believed to have the capability to improve safety quality in the succeeding years.

In environment management aspect, Martabe Gold Mine was also recorded to have a very good performance, in particular related to quality of discharged water from the Water Polishing Plant (WPP) to the River of Batangtoru, which always satisfies the applicable compliance and regulations. Martabe Gold Mine also received a Bronze Award from the Ministry of Energy and Mineral Resources for the environment management program. The total size of reclaimed area was 13.1 hectares.

In year 2017, the company also kept fortifying the commitment to provide jobs for the people living near Martabe Gold Mine operational area. As many as 74% employees are local people. Related to the gender diversity program being implemented, 93% employees have taken the training and during the year, there were 39% female employees of total recruitment.

“We also keep focusing on community development, which are in the health, education, local economy development, infrastructure, and agriculture sectors. We have also completed several large infrastructures such as the Sopo Daganak public auditorium which is also the only one in South Tapanuli with size of 4,431 m2 which has the capacity of 500 people,” said Tim Duffy.

Moreover, related to production, Martabe Gold Mine set a record of 355,000 ounces of gold with All-in Sustaining Cost (AISC) of US$405 per ounce. The company’s exploration strategy was also aggressive and produced a staggering additional reserve of 4.8 million ounces of gold.

Senior Manager Corporate Communications PT Agincourt Resources Katarina Siburian Hardono said that the company believed that regular issuance of the Sustainability Report could improve the trust and support from the stakeholders on operation and affect long term success of Martabe Gold Mine.

“A Sustainability Report is a direct reflection of our company’s core values, which is GREAT (Growth, Respect, Excellence, Action, and Transparency). This Gold Rating is also an affirmation of the company’s strong commitment to grow and develop with all stakeholders. We will also keep improving the care performance for sustainability of Martabe Gold Mine operation and the community surrounding the mine,” Katarina ended.

Martabe Gold Mine is managed and operated by PT Agincourt Resources. The mine covers an area of 130,300 hectares that falls under the sixth generation of Contract of Work (CoW) covering a total area of 1,303 km².

PT Agincourt Resources engages more than 2,600 employees and contractors, with approximately 98% Indonesians, of which more than 70% were recruited from local villages.

PT Danusa Tambang Nusantara (PTDTN) is the majority shareholder of PT Agincourt Resources with a total 95% of the shareholding. The shareholders of PTDTN are PT United Tractors Tbk 60% and PT Pamapersada Nusantara 40%. These companies are part of the PT Astra International Tbk group. The 5% share ownership is owned by the Government of South Tapanuli Regency and North Sumatra Province (local governments). 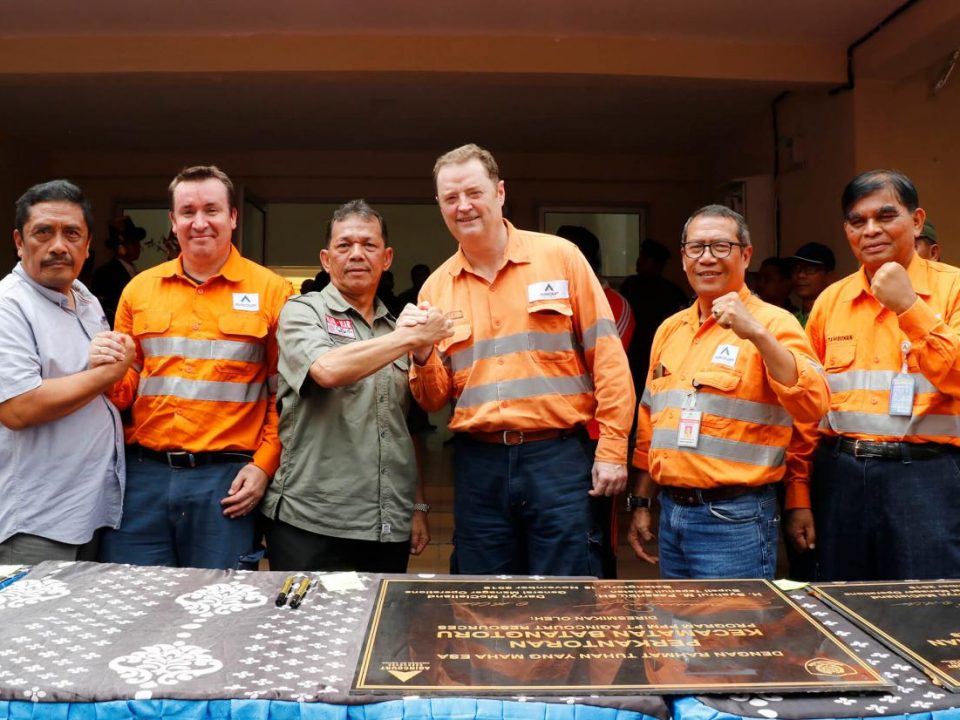