Batangtoru, September 15, 2017 — PT Agincourt Resources received seven awards for its sustainable development community programs at the Indonesian Sustainable Development Goals Award (ISDA) 2017 event. The prestigious awards were given by the Corporate Forum for Community Development (CFCD) supported by the Ministry of National Development Planning, Republic of Indonesia (BAPPENAS). The Awarding ceremony was held on September 14, 2017 at Smesco Convention Hall Jakarta.

The seven recognition consisted of four platinum, one gold and two silver awards. This year, Martabe Gold Mine is featuring its seven community development programs in line with the Sustainable Development Goals (SDGs).

Four Platinum awards were for Naposo Nauli Bulung (NNB) , a local youth empowerment program through an integrated garbage management and organic fertilizer program, clean water program, rice planting farmers group program and the agri-businesses of dent corn and organic rice. The Gold award was received for Children’s Reading Garden program, while two Silver awards were received for the revitalization of Posyandu program (pre and post natal health care and information for women and for children under five) and the local souvenir business program, Bagasta.

“Martabe Gold Mine understands that our long term success highly depends on the continuous support and trust from the community surrounding the mine. We continuously initiate various community development programs that provide long terms social benefits. Thank you very much for the recognition, surely we will continue to maintain these excellent programs and to contribute more to the sustainable development in the community surrounding the mine,” said President Director of PT Agincourt Resources, Tim Duffy.

The NNB empowerment program through integrated garbage management was commenced in May 2016. This program is aimed to develop the community awareness, especially the youth; when garbage is properly managed and turned into organic fertilizer that can provide economic benefits. The garbage is taken from the Batangtoru Market and transformed into the organic fertilizer product which is re-used by local farmers group who are encouraged by Martabe Gold Mine.

The clean water program is a cooperation program between Martabe Gold Mine and the South Tapanuli Government by utilising water sources at Padang Lancat Village. The clean water channel was developed with a-16-kilometer pipeline with a capacity of 20 litres of water per second. The clean water is distributed to around 2,500 citizens at seven villages in Batangtoru Subdistrict.

On the cultivation of dent corn, the Martabe Gold Mine has empowered Mulia Bhakti Farmers Group at Sumuran Village since 2016 on a total 15 hectares of land. Earlier this year, the farmer group has successfully sold the dent corn from the prime harvest as much as 14 tons to PT Charoen Pokphand.

The local business development through Bagasta is a result of the cooperation between Martabe Gold Mine and local business group named Kelompok Usaha Bersama (KUBE), coached by Batangtoru PKK (program at village level to educate women on various aspects of family welfare). Bagasta is the centre of souvenirs that sells variety of cakes created by the member of KUBE. Bagasta gives the opportunity for the local women to increase their family income through the creation of cakes.

Tim Duffy added that there are 15 directly affected villages surrounding Martabe Gold Mine with the total of 20,000 residents. The population are mostly working in the agricultural sector, followed by trading and services. The community surrounding Martabe Gold Mine has a relatively good education and health level, although there’s always room for improvement in quality.

“The local community’s social and economy condition is becoming our base to develop various community development programs. Currently, we are focusing our programs in several sectors such as health, education, infrastructure, agriculture and local business development. We also keep supporting the culture and values of the local people,” Tim said.

ISDA 2017 was awarded based on the fulfilment of community development program criteria toward 17 United Nations’ Sustainable Development Goals. The similar award has been held by CFCD since 2010. This year, around 43 companies from mining, energy, manufacturing industry and services sector are competing in the awards.

Meanwhile, in Indonesia, the application and achievement of SDG is supported by the Government through The Presidential Regulation (Perpres) No. 59/2017 on the implementation of the SDGs. Based on the data of CFCD, around 80% average of Corporate Social Responsibility’s fund realised every year has led to the community empowerment principals. 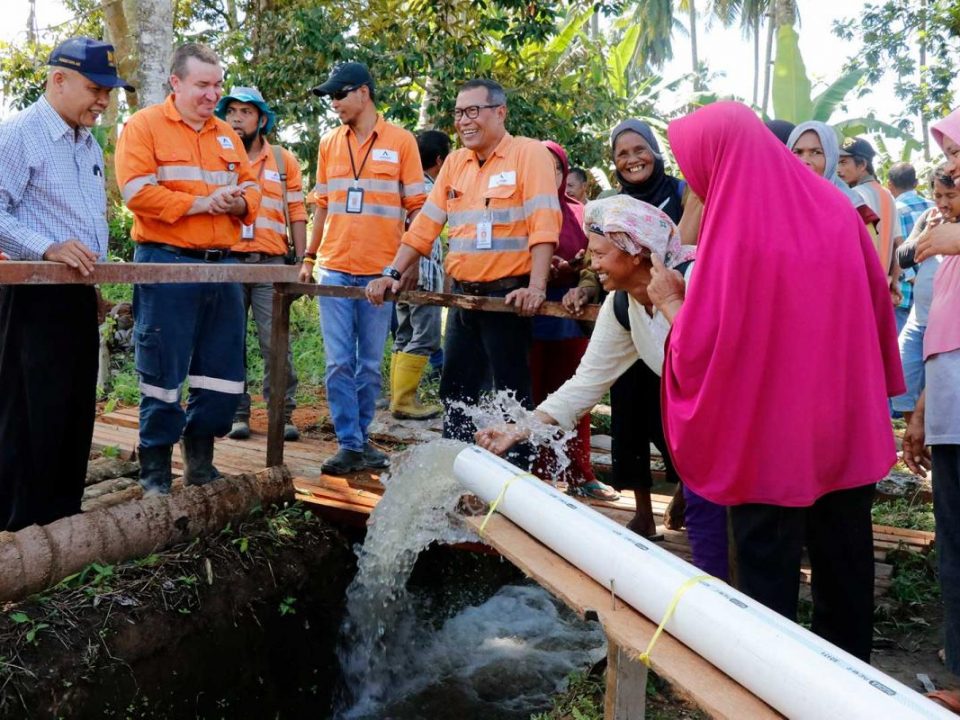 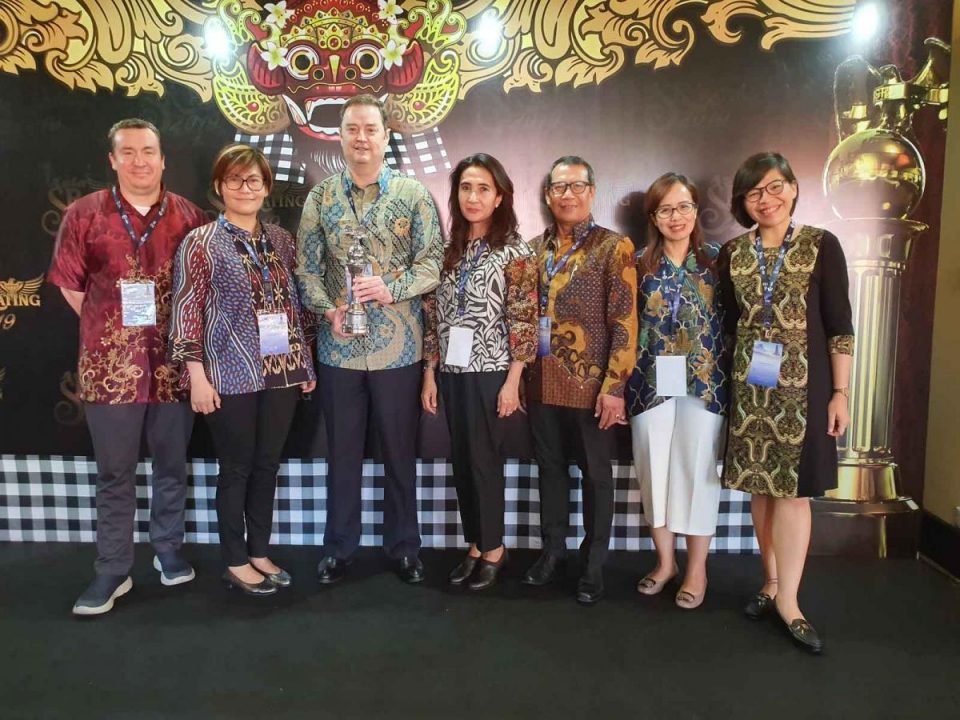 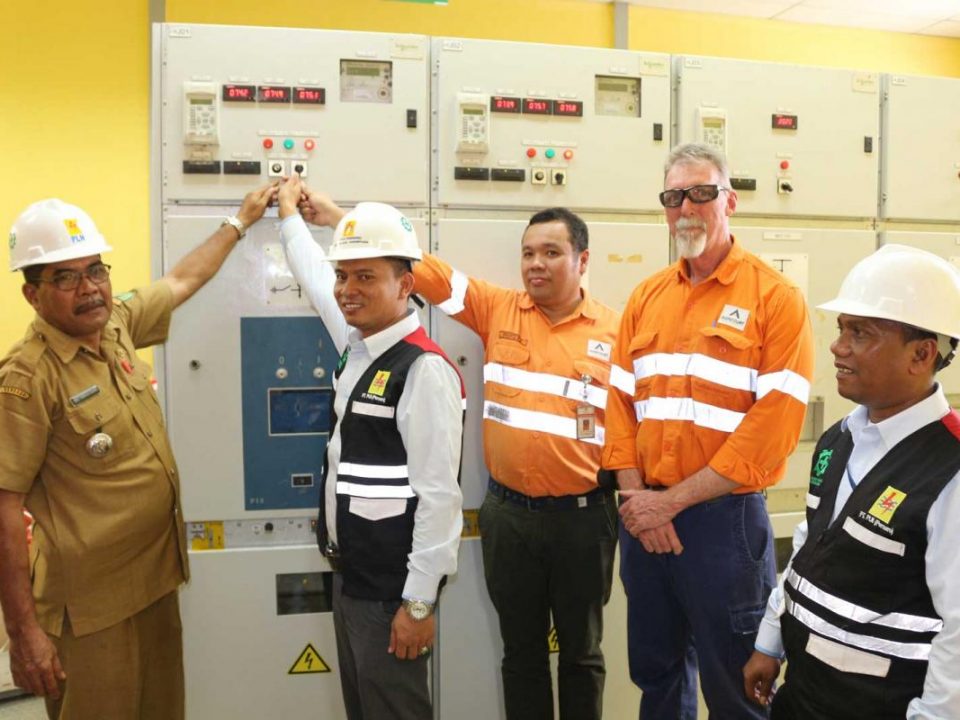